An air strike by the Saudi-led coalition killed five people in a minivan Monday, including two children and a pregnant woman.

On Monday, a Saudi fighter jet bombed a minivan in Yemen, killing all five inmates of the Alazi family, as JusticeNow! learned from a source in the Yemeni Ministry of Health. The driver Yehia Ghaleb Alazi, his wife, their two children and another woman were killed in the attack, explains Dr. Yousef Alhadri, spokesperson for the Ministry of Health in a text message to the author. A number of other people were wounded. 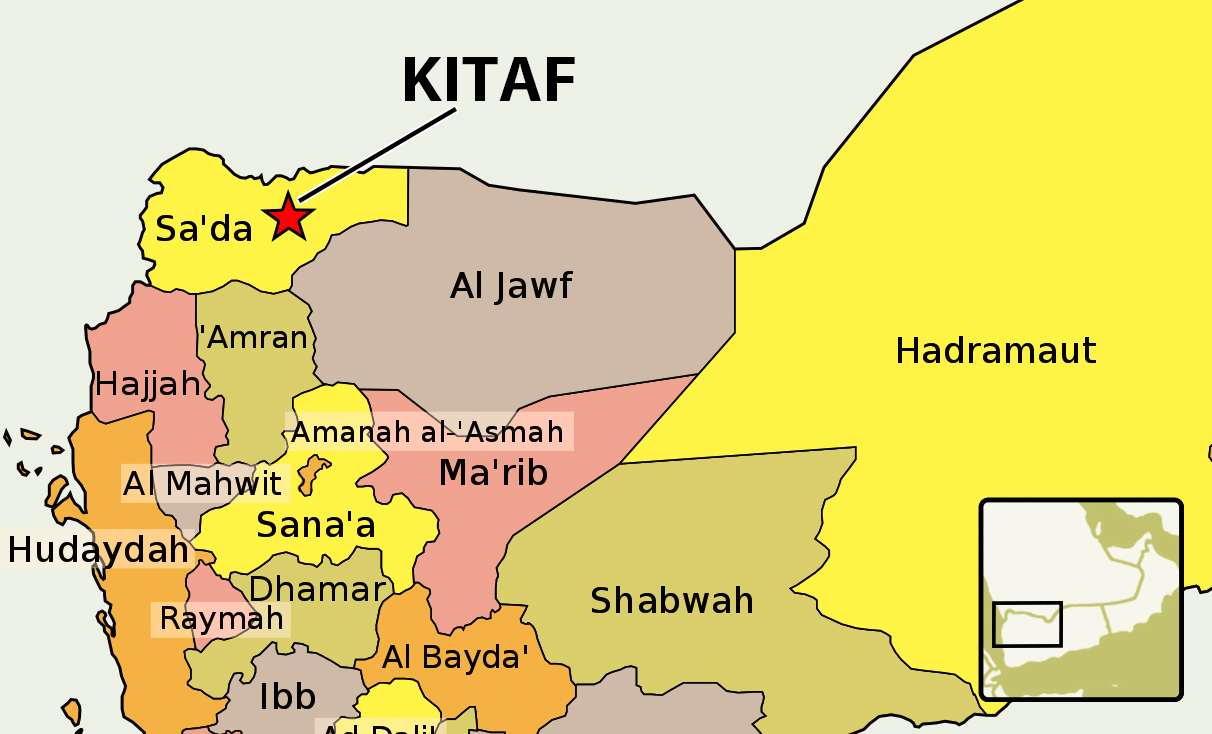 One of the women killed was pregnant, according to Mr. Alhadri. The attack took place in the Kitaf district in northwestern Yemen in the Sa’da governorate. Two local sources confirmed the attack by phone to the Chinese Xinhua News Agency.

“The Ministry of Health strongly condemns the attack of the Saudi-UAE aggression coalition targeting the car of a citizen”, Dr. Alhadri laments towards JusticeNow!. The attack occurred on a public rural road and there were no Houthi rebels nearby when the bombs were dropped on the minivan.

“Body parts were scattered in a brutal image”, the Yemeni Ministry of Health said in a statement translated from Arabic for this article. (Dr. Alhadri sent JusticeNow! several pictures of the bodies and the crime scene, which, however, are far too graphic to be published here.)

The Ministry of Health “condemns the international silence towards Yemen’s suffering resulting from the continuation of various crimes – weather a direct blood bath like this, or the economic siege.” 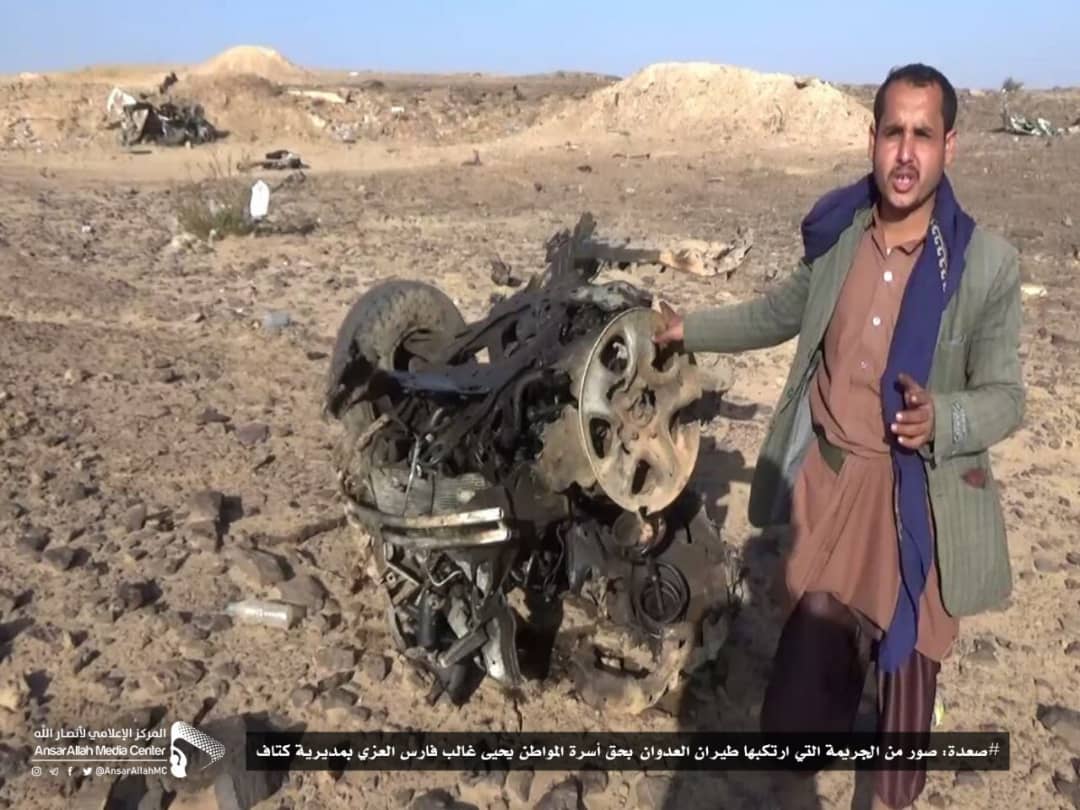 A first-aider shows the remains of the shredded minivan. Copyright by Ansar Allah Media Center.

Since March 2015, a Western-backed coalition led by Saudi Arabia has been bombing Yemen with the goal of crushing the Houthi upheaval that started in 2013, and bringing the illegitimate president in exile, Abdrabbuh Mansur Hadi – who is widely considered a puppet of Saudi Arabia – back to power.

More than 200,000 people were killed directly or indirectly during the war, millions were displaced in their own country. Time and again, the Saudi/UAE-led coalition has been bombing civilian targets what human rights and war monitor groups frequently describe as war crimes – the Monday attack only as the last of a series of massacres against the Yemeni civilian population.

As a last point, Dr. Alhadri, spokesman for the Ministry of Health, also addresses the accomplices in the West:

“We affirm our rights to sue all the leaders of the enemy’s alliance, and whomever supported them and had a hand in creating this tragical situation Yemen has been through for the past 55 months, before domestic and international courts. Our rights will not be denied, we appeal to all the free people with free leaderships and the human rights organization to prosecute these criminals in all ways and means possible.”